During the last couple of months, I’ve been working on a PICO-8 game. This game is a port of the Russian-made game “Путешествие по Европе” (Traveling across Europe) for the Dendy video game console (a bootleg clone of the NES/Famicom).

My version largely follows the structure of the original game, but also adds more features:

The game is functionally complete, and would have been ready for publishing, if not for some small bugs and the fact that it currently doesn’t fit into PICO-8’s “compressed data” limit. I hope I can release it in time for the PICO-8 edu-game jam. 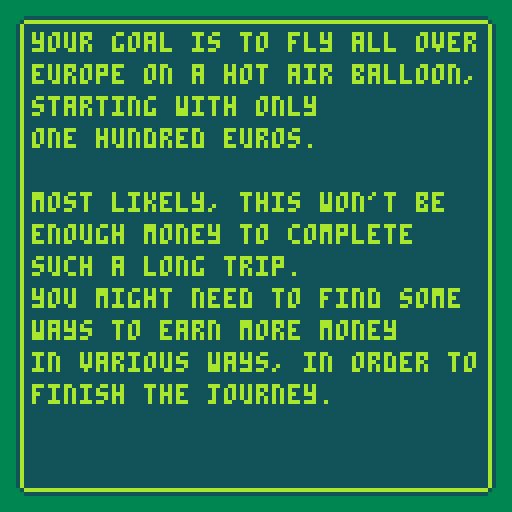 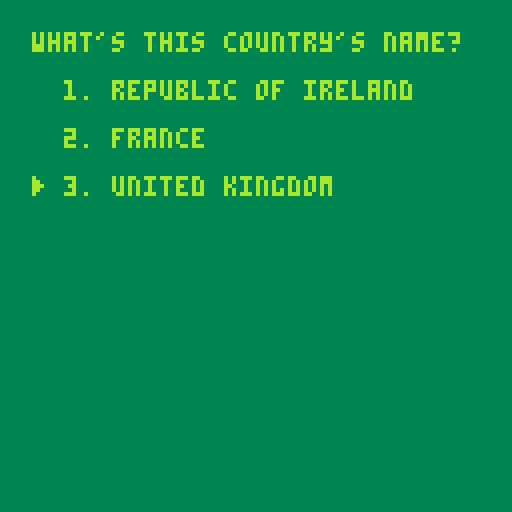 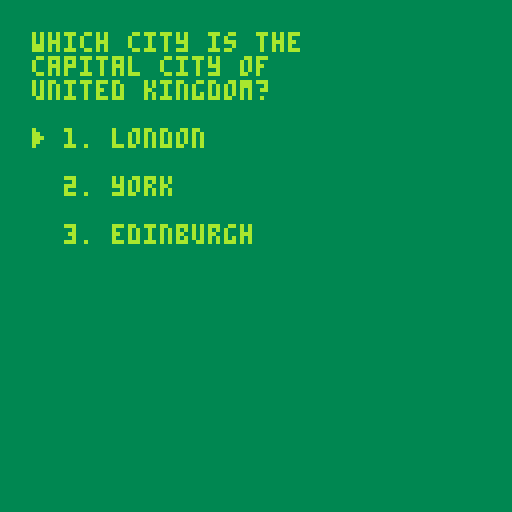 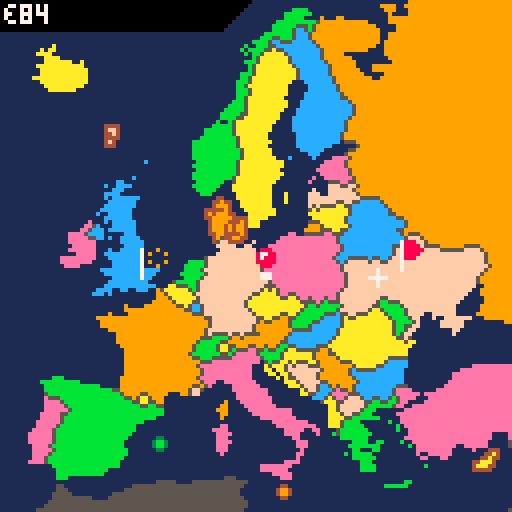