They all use the PICO-8 palette.

Here is how I imagined a version of “NERTS! Online” might look like if it were on PICO-8. There was only place for four players. (uses the “secret” colors of the PICO-8 palette)

In Sonic Robo Blast 2 Kart, the manual shows the game’s controls with an Xbox 360-shaped controller labeled “Sega Saturn”. I decided to draw a version which instead uses the Dreamcast controller, since it would be much more accurate to the actual layout (the game doesn’t use the right control stick of most modern controllers). 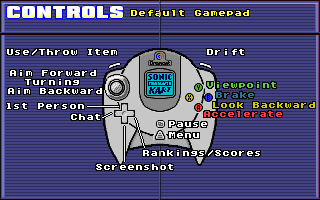 From an abandoned project called “Super Football 2020” (it was meant to be a futuristic sports game where players of American and association football played together).

This is a picture of two example numberplates, as well as a complete font, for both the wide (“European”) and narrow (“American”) style of numberplates issued by Russia since 2018. 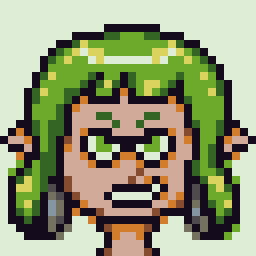 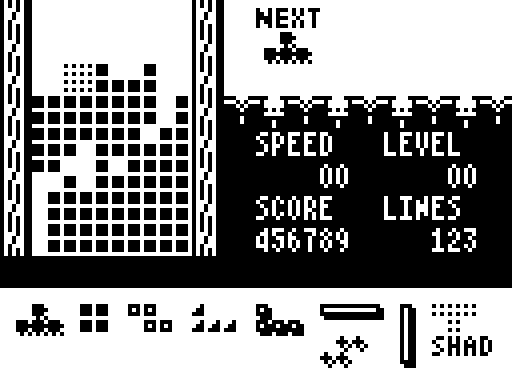 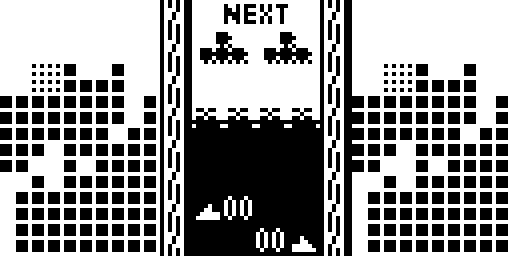 #pixelart (#simplejpc16 palette): a series of puzzle-game-style blocks with different geometric symbols on them, in an experiment on how different color hues can be approximated.

with apologies to everybody whose language involves han characters.

once again, apologies to all the people who use han characters for writing. #pixelart (8x8 kanji for hand pieces are taken from https://littlelimit.net/misaki.htm, because i’m not crazy enough to try and replicate them myself) 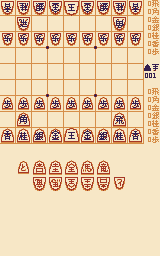 A mockup of a phone keyboard layout for PICO-8:

A set of 16x16 icons for different file types, using the ENOS16 palette:

Back to main page